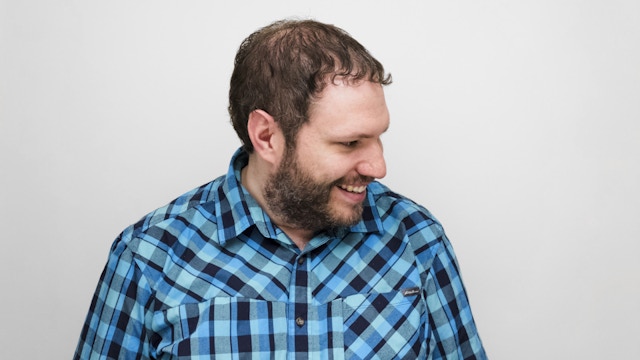 What motivated you to become a designer (or current role?)?

My love of history. What I love about history was not the events that happened, but the story that led up to it. For example almost every war was caused by a series of events that seemed inconsequential at the time (Simplistically see Gavrilo Princip ->WW1 ->WW2->Cold War). So many choices were made BETWEEN these events that are now overshadowed by the end results. I was more fascinated by these tangled threads than the actual wars. It was HOW and WHY which lead me to be more interested on the meta processes of creation. I looked at buildings and did not see the final product, but the immense human effort that went into making it. I wanted to do that. I wanted to be involved in that interstitial portion between “Let’s do a thing” and “We did a thing”. I didn’t want to just be involved in one part of the process, I wanted to have my hands in the entire process.

When you are retired and look back on your life, what is the biggest accomplishment you hope to achieve?

I did the best that I could do.

A lot. People are not machines. We are gooey, messy, and irrational. A good workplace culture treats us as humans and not disposable, interchangeable widgets.

If you had to pick one word that best represents Bergmeyer's culture, what would it be, and why?

Human. I feel respected as a human and not as a resource to be expended and discarded. I will do that on my own and I don’t need help.

Probably some academic historian telling the story of us, not just dates.

What was your first Job?

What are your top three travel destinations?

Prague, Berlin, Buffalo… for it’s past, for its present, for its potential.

If you were to get a new degree or certification, what would it be?

Psychology - to better understand our in-habitation of the built environment.

What is your favorite TV show right now?

Buffy, the answer is always Buffy.

Calvin and Hobbes. Go for wacky misadventures of a precocious 6 year old. Stay for an appreciation of the wonder and imagination of your youth.

What historical figure do you most associate with most?

In a parallel universe what is your profession?