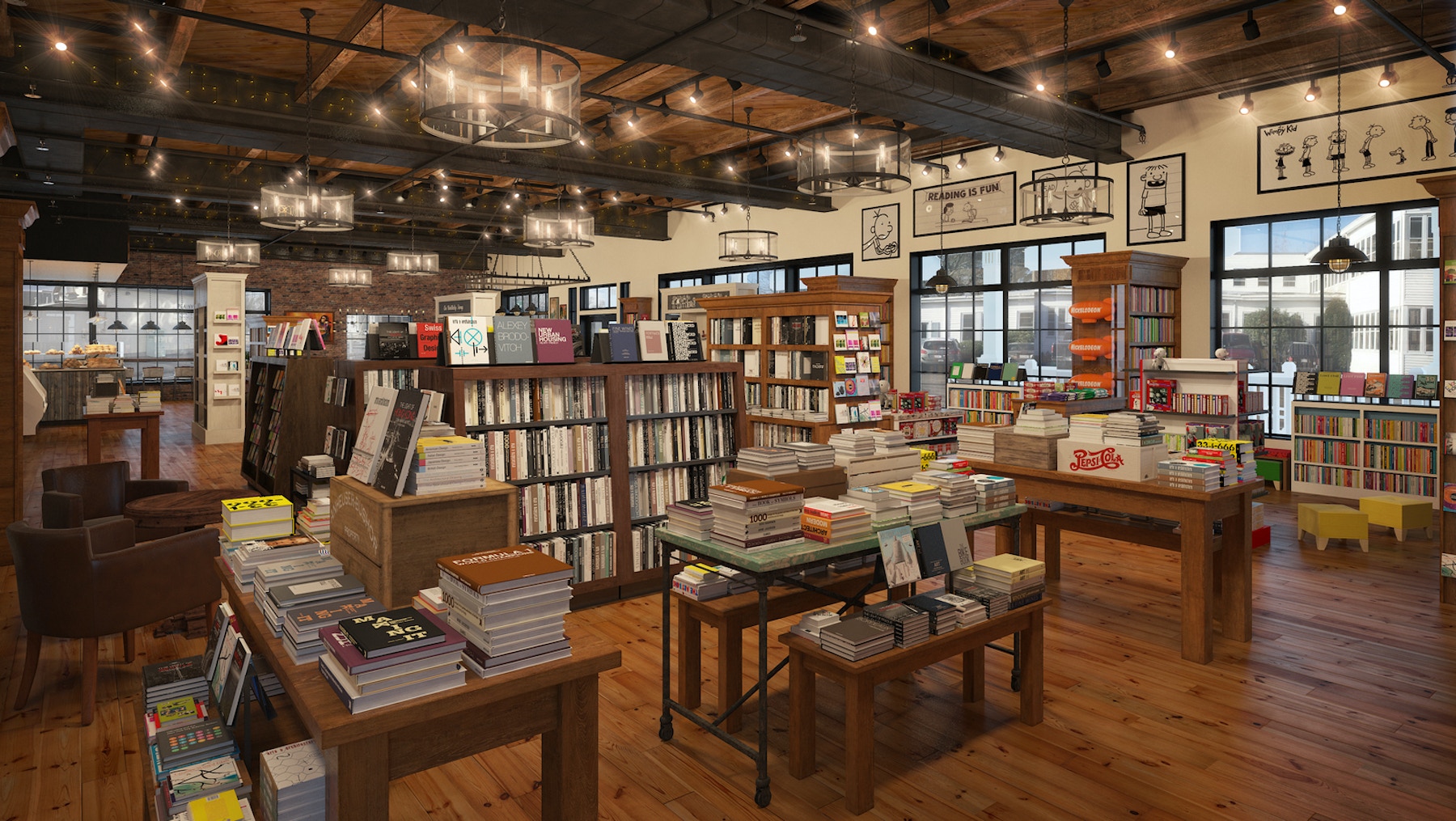 A recent Bergmeyer project epitomizes environmental and social responsibility. Designed for Jeff Kinney, author of the Wimpy Kid books, and his wife, Julie, the project has had a significant impact on the community and the local economy.

The Kinneys purchased a long-abandoned historic building in their small Massachusetts hometown of Plainville, planning to restore it. Their intended new use for what had once been a general store was a civic center to reinvigorate the community. Unfortunately, the 1850s building wasn’t structurally sound and couldn’t be salvaged, but it gave the project team the opportunity to create a new building from the ground up.

The new mixed-use building consists of first-floor retail space, featuring An Unlikely Story bookstore & café. There’s also space for community and cultural events and offices on the second floor, and a studio for Jeff on the third floor, where visitors can catch a glimpse of him at work.

The Kinneys made it their mission to honor the original building’s role in the community and to develop a “property that honors the past 150 years and stands as a proud symbol of Plainville for the next 150.” The building’s traditional architectural design echoes the former Falk’s Market. Elements salvaged from the old building have been incorporated into the design. The store doors, for instance, are used in the second floor offices.

The Kinneys also wanted to make the building as sustainable as possible. The project is pursuing LEED Gold certification and is designed to be 45% more energy-efficient than a similar building. Solar panels on the roof generate energy, reducing the amount of fossil fuels needed. LED lighting that’s dimmable to 10% throughout the building has resulted in a lighting power density that is 30% better than code. The elevator uses 30% less energy than a standard elevator, doesn’t require a machine room, and uses no oil to operate.

Sustainable elements have been incorporated both inside and outside the building and throughout the site. The building’s trim consists of more than 70% recycled materials. The roof shingles contain 80% post-industrial recycled rubber and plastic. An electric vehicle charging station in the parking lot accommodates two cars, and underground cisterns in the parking lot collect rainwater to irrigate the landscaping and recharge the groundwater.

The use of reclaimed materials was extensive. The antique maple flooring came from a Boston site that had housed the Putnam Nail Co., the Lawley Co., and most recently, Seymour Ice Cream Co., creator of the Nutty Buddy ice cream cone. The reclaimed beams and structural decking are from a Providence warehouse, and additional decking was sourced from a Kentucky tobacco barn. Much of the bookstore and cafe furniture was constructed by a local artisan using repurposed materials, including antique wooden letter presses, wood reclaimed from the Ted Williams baseball camp, and fishing boats destroyed in the 2004 Indonesian tsunami.

A dedicated effort was made to recruit area residents as bookstore and café employees. An Unlikely Story Café’s focus is on healthy food, using local purveyors and fresh local ingredients wherever possible. The building also will impact the local community through its educational components. A lecture series focused on the building’s sustainable design strategies will be delivered to both children and adults to educate them about environmental issues and why sustainable design matters. 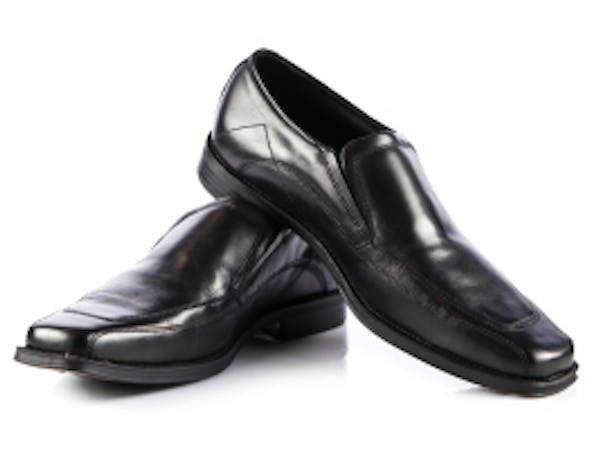 The AIA 2030 Commitment: Diagnose This! 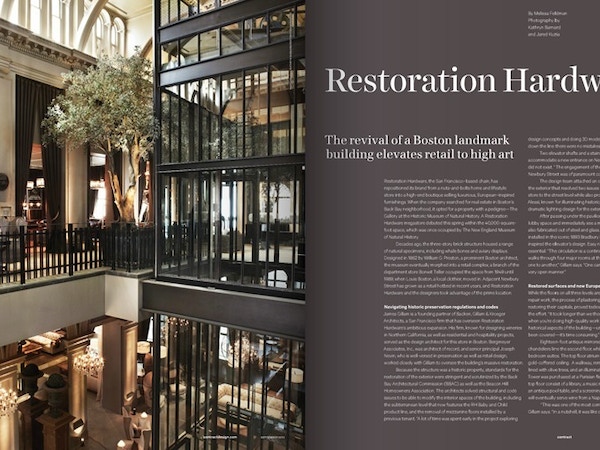 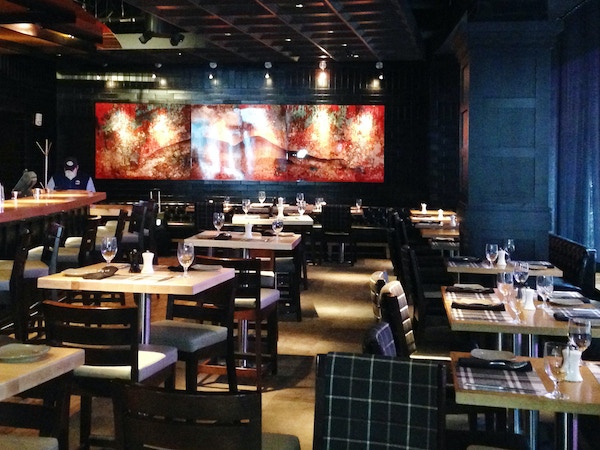 Partnering with LX for the Design for Dining program 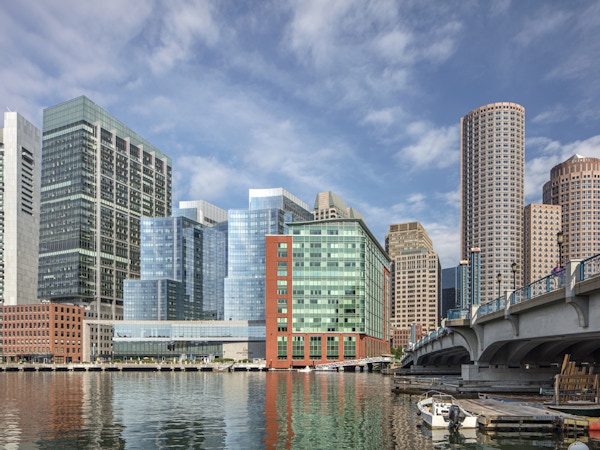