A snapshot from Boston’s ever-changing commercial development scene: A boom of young entrepreneurial companies hit the office building market looking for the next new place. Seaport District in Boston? Too expensive. Kendall Square Cambridge? No small footprints of space and too expensive. And none of the usual downtown Boston commercial neighborhoods felt ​“innovative” enough.

The culture and identity of dynamic new companies drives design in the innovation economy.

One downtown real estate developer, Synergy Investments, saw potential in the city’s gritty Downtown Crossing to fill this gap. Acquiring a group of historic properties in this high-traffic area known for its eclectic mix of restaurants and retail, Synergy sought to give their focused portfolio of properties a new identity that would feel like home for this wave of startup businesses.

The development team challenged Bergmeyer to create an amenity space that would serve as a social and business hub for their buildings’ potential tenants. Downtown Crossing has become known as ​“DTX” and the rebranding of the connected properties as ​“The HIVE – Where DTX Connects” made for exciting synergies — the design team transformed a storage space in the basement of 38 Chauncy Street into an active, vibrant, community space for tenants to engage and share ideas.

The Hive‘s logo – a boldly-colored honeycomb shape – influenced the design of an arresting ceiling feature intended to mitigated the spaces’ low ceiling height and provide visual interest. The honeycomb graphic also provides wayfinding signage from the street, through the lobby to The HIVE. The honeycomb motif also influenced the selection of informal lounge seating chosen to activate the space’s main collaboration and networking zones. The Hive’s amenities include a kitchenette with a fresh food and snack kiosk, an eco-friendly flavored water cooler, a playful game room, and a fitness center with state of the art training equipment. 38 Chauncy’s tenants can reserve The Hive for meetings and events on building’s website.

The result: a dynamic environment of innovation, collaboration and community that reflects a new corporate culture and creates a unique tenant experience. 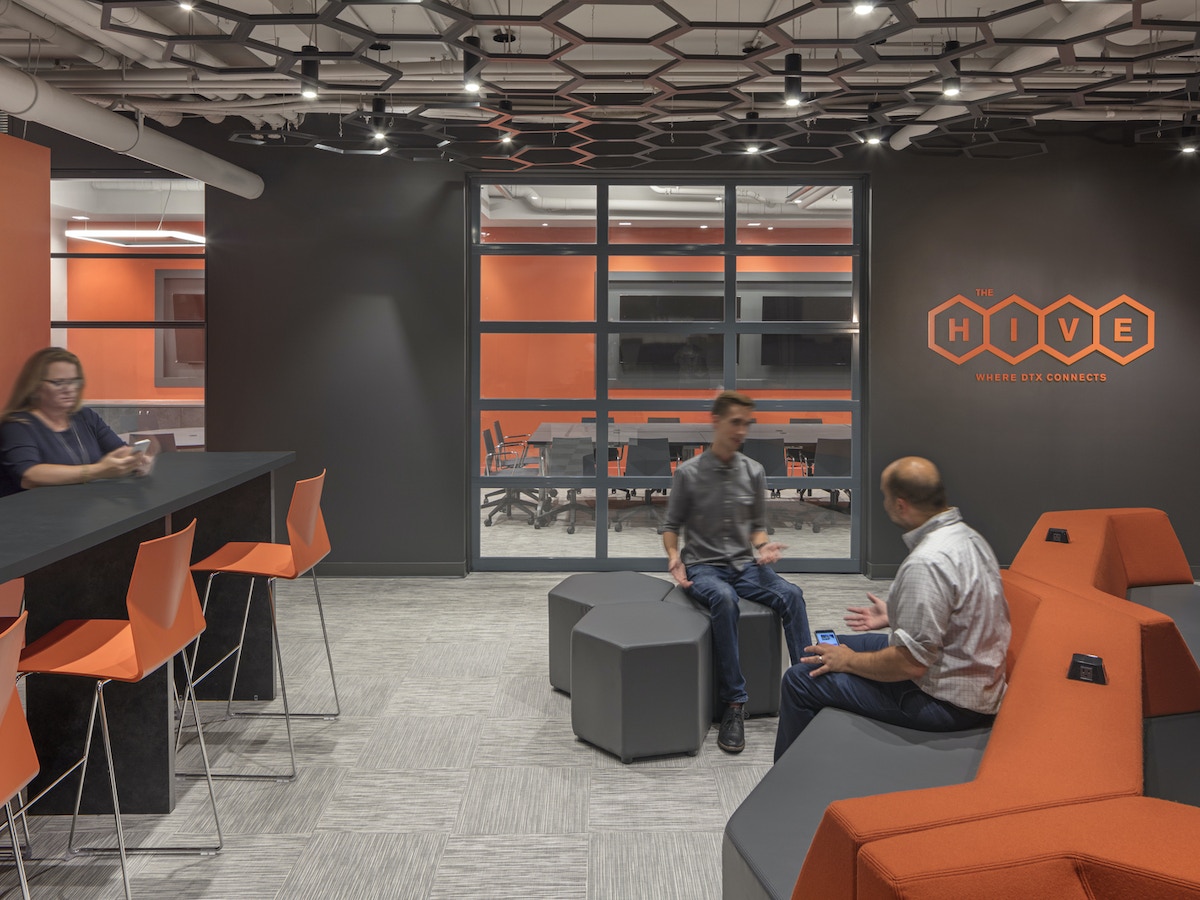 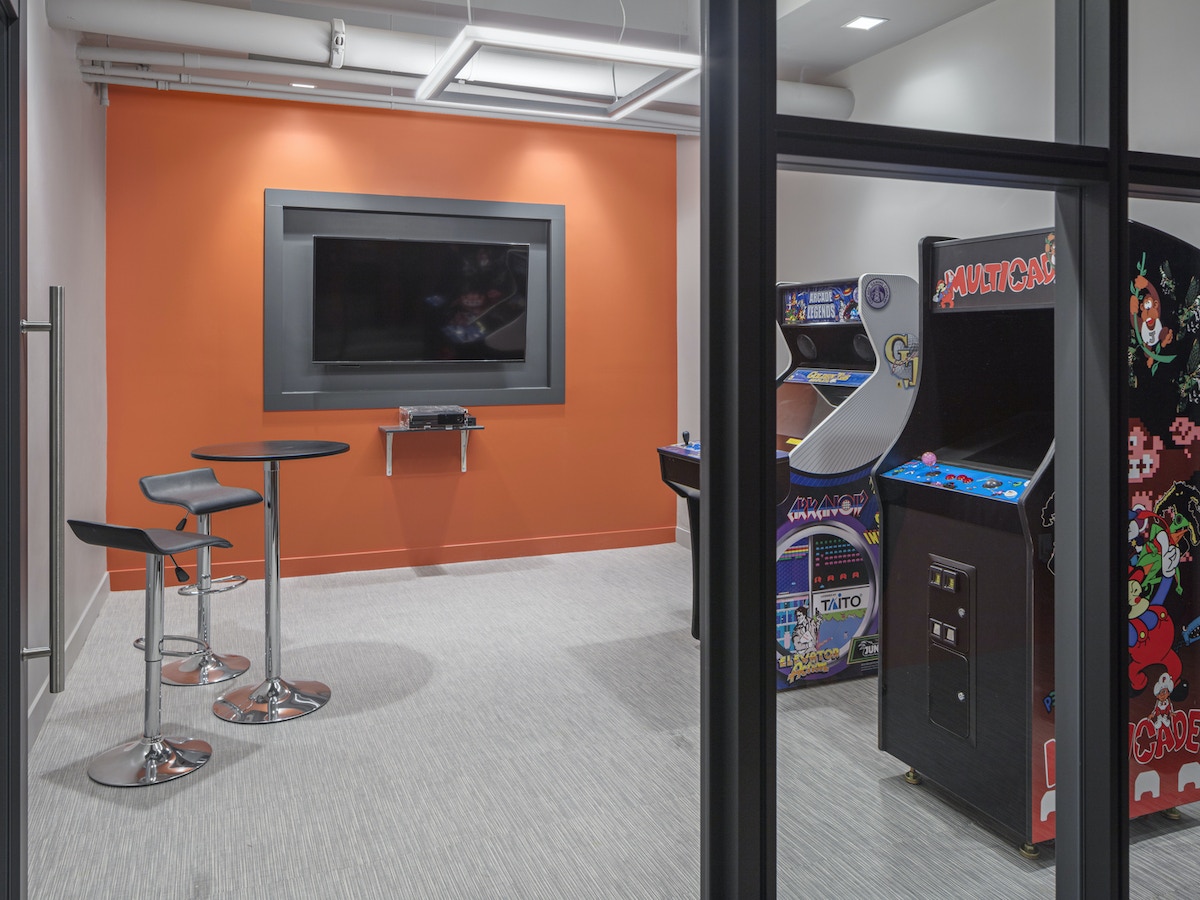 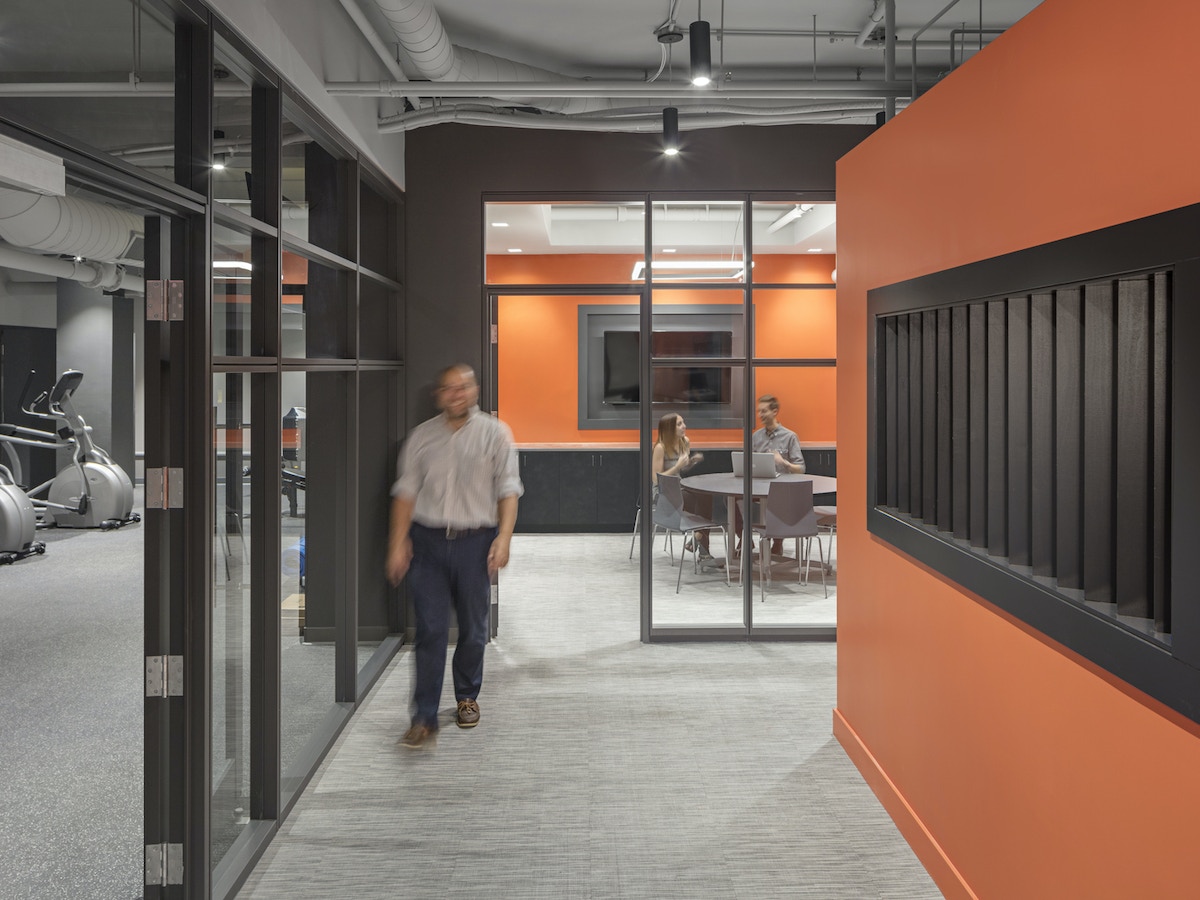 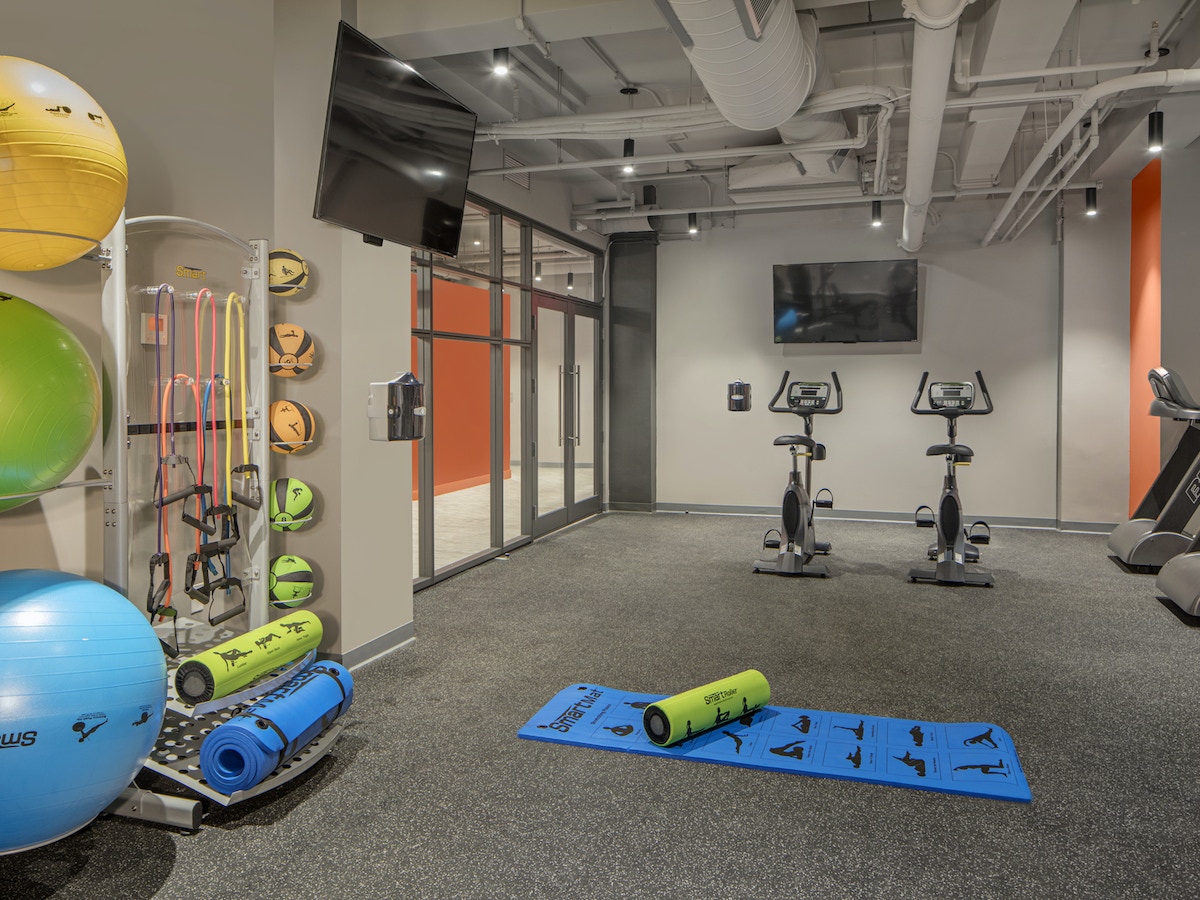 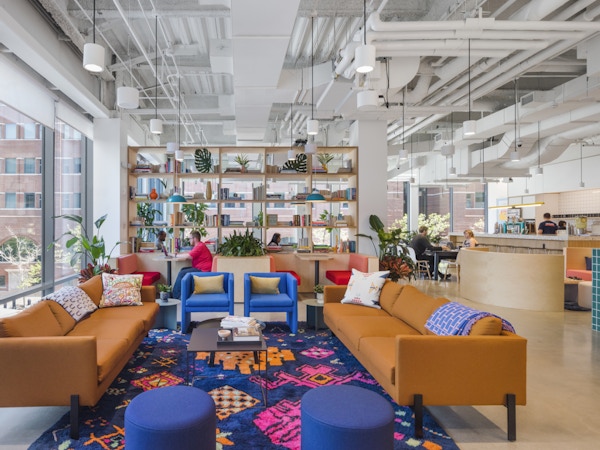 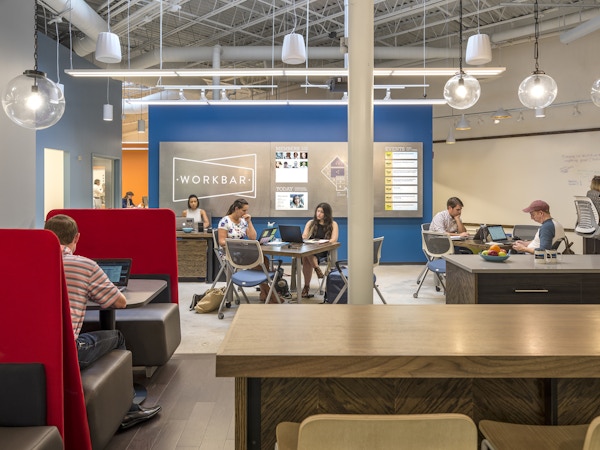 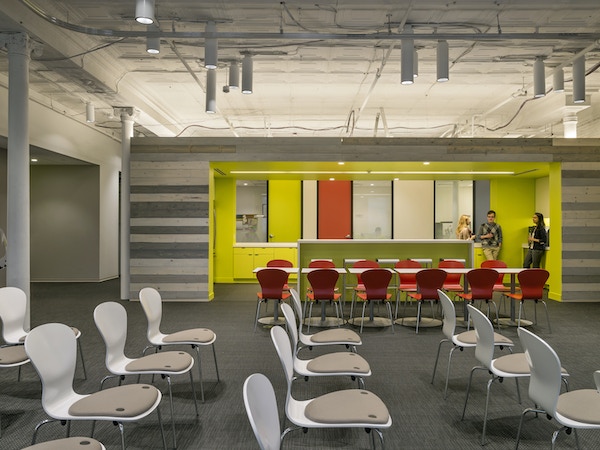 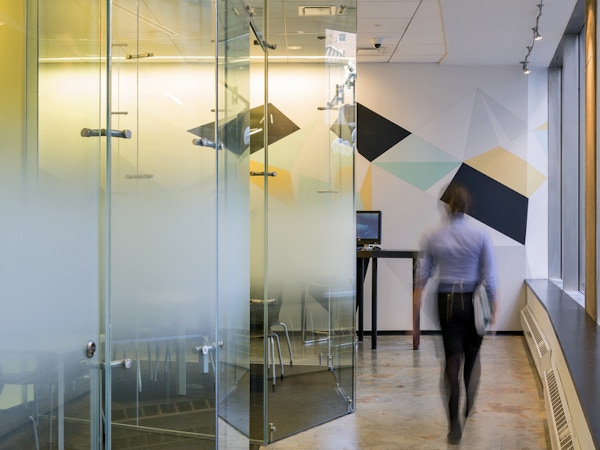