Together we make a difference in our communities through civic participation. 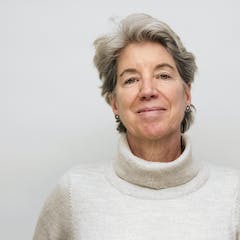 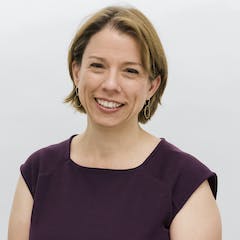 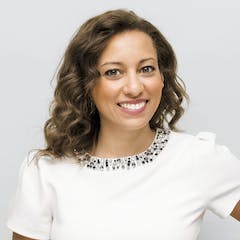 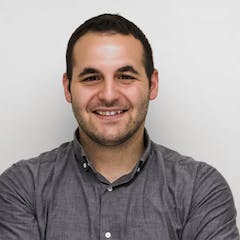 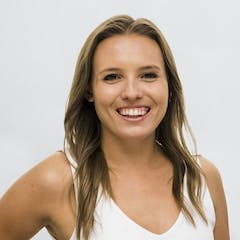 Jessica Williams
Beyond the value we bring to the workplace, the time and effort we give to our causes are also invaluable. Civic engagement can be done in many forms and encompasses a wide range of activities, but its purpose is to make a positive difference in one's life and community. We're excited to share the civic participation stories below that are some of the influential ways in which Bergies uphold their values and uplift their communities.

For the past 18 months, I’ve been involved with a community group that has brought two exhibitions of paintings to our town. The painter, Robert Shetterly, lives in Maine and creates portraits – hundreds of them – called Americans Who Tell the Truth.

Last year we brought 30 different paintings to the town and hung them in 3 different public locations The painter was in residence for a week and spoke to small groups in coffee shops, churches, library. But we couldn’t get the schools to bite. They said his portraits were “too controversial.”

This year after several meetings with the school, we brought many more of the portraits to town AND TO the schools. I think we managed to convince them that kids really need to learn how to deal with controversy. (See one of the paintings: John Lewis, Civil Rights Activist, Congressman).

One of the things I love – from an HR perspective – is how complicated all people are. People can be heroic and magnificent in some aspects of their lives, and deeply flawed in others. John Muir was one of our greatest environmentalists, but he had some very problematic racist tendencies… so is he an angel or a devil? Shetterly says “We can all do a courageous thing or two which lifts us out of the mire of our flaws”. The portraits are people who are products of their time and their culture, a constantly shifting landscape. Take a look at the variety and diversity of the portraits: Portrait Galleries.

I volunteer at my local church mostly. I have donated to struggling families in our community, taught faith formation classes, taught and coordinated arts & crafts for the children (my daughter usually helps with this too), bake for fundraisers, volunteer time as needed for fundraising activities, and many other activities as well.

I have been involved for the past 10 years and I started volunteering to be a good example for my own kids, which is still is a significant reason why I do this. I think it is very important for my own kids to see that it is important to give back to your community.

I have learned that there are so many wonderful people in my community. We don’t all look alike, all different ages, and even though I am volunteering in a faith-based community there are still a lot of different views of the world. But we still come together for the common good and there is a lot to be said for that. It gives me great hope

Currently, I co-chair the Design Committee for Roslindale Village Main Streets (the first Main Street organization in Massachusetts!) and I chair the Equity, Diversity, and Inclusion Committee here at Bergmeyer. Previously, I volunteered with the Boston Society of Architects for several years, helping mostly with their children and family programs. I also worked with Habitat for Humanity Great Britain for a few months on site helping to restore an abandoned row-house to provide housing for a battered women’s organization. I’m a monthly sustainer of UNICEF, WBUR, and the First Nations Development Institute…I also compost and recycle!

I was always raised to give back, not as a civic obligation, but as a moral one. My mom was very active in politics and she was the president of a Steelworkers union for several years, but the political side of civic engagement has never really interested me. I like to volunteer on projects when there is a clear outcome; where I can see my efforts come to fruition in the short-term. I got involved because design, urban planning, and architecture have significant impacts on the lives of others yet most people still don’t recognize the power that good, safe place-making can have on a community.

I’ve learned that you shouldn’t underestimate the ripple effect. Creativity, positivity and support breeds more of the same.

The U.S. Citizenship and Immigration Services website posts what rights and responsibilities you gain as an American citizen which, as you’d expect, includes things like paying taxes, serving on a jury, and obeying the law – but it also states that you have an obligation to “respect the rights, beliefs, and opinions of others.” In theory, this is one of the pillars that our government was built upon, but is an ideal that isn’t always upheld. Giving back to your country or community doesn’t have to mean joining an organization or starting from scratch, it means taking the time right now to understand your neighbors and yourself, and defend the right that each of us has to just be different from one another. Give back by making the most of opportunities where you’re in a position to listen, learn, and teach respectfully.

I am an elected Town Meeting member in the Town of Saugus, Precinct 2. Town Meeting is the legislative body of our local government and is empowered to make meaningful decisions as to what direction the town should go on many issues. I have made a conscious effort to be proactive in identifying ways the town can improve and collaborate with like-minded and, more importantly, non-likeminded individuals and groups.

One of the great things about being an architect is that, through school and transitioning into the work world, the trade itself is very broad in scope. I work with a diverse set of clients from many different walks of life. Some of those clients are individuals growing their small business, others are global in scale expanding their brand which gives me multiple perspectives that vary from what I’m accustomed to. Through the process of dealing with planning boards, municipal governments, engineers, and regional planning organizations, I have accumulated quite a bit of knowledge in planning and the built environment. There are ancillary things I’ve learned along the way ranging from arts and culture to sewer systems and grease traps. All of the knowledge I have accumulated is knowledge I intend to put forth to improve my lifelong hometown, whether it's writing a zoning overlay for a decrepit downtown district, talking to business owners about ways to enhance our economic development, modifying the town charter to give more voice to the residents, or drafting an article to invest in our infrastructure. The fact that I am empowered to make these improvements and, better yet, was elected by members of my community to represent their best interests is certainly fulfilling and I intend to do more, potentially in a larger capacity in the future.

I was elected in November of 2019, so it’s been just over a year since now. I certainly didn’t think my first year in office was going to be dominated by a pandemic. That doesn’t mean I’ve been twiddling my thumbs for 8 months. I got involved for the very cliché yet very true reality that my voice wasn’t being represented at a local level. While people get very caught up with national politics in today’s sociopolitical climate, there is plenty of work to be done at a local level; work that can have some pretty significant effects on your day to day. As a representative in my community, I seek out residents and neighbors to ask where they think the town should go rather than sit back and wait for grievances which I think has become a bit of the status quo in my town.

I got involved with NEWH (The Hospitality Industry Network New England) about 5 years ago as their scholarship chair. We’re an International non-profit networking organization. My role as scholarship chair is to raise money for college students in the hospitality industry, as well as mentor them and provide networking opportunities that will hopefully lead to a job after college. We award about two scholarships every year and host a number of events for both students and industry professionals.

NEWH awarded one of their scholarships to me when I was in college and it helped me so much that I wanted to help them continue to provide scholarships and mentoring opportunities to hospitality students like myself. I’ve been the scholarship chair for 5 years now.

I honestly feel like I’ve gained so much from helping out this community. It’s helped me develop skills that I need for work and in my daily life like presentation, communication, and time management. But it’s also taught me that when people come together, a lot can happen. With the support of my fellow board members and our NEWH members, we’ve been able to award 10+ students with scholarships since I’ve been a part of the organization!

Make it happen! We all have busy lives but even a small investment of your time will make a positive impact on your community. It’s beyond humbling and gratifying to be able to help your community – you’ll be glad you did!